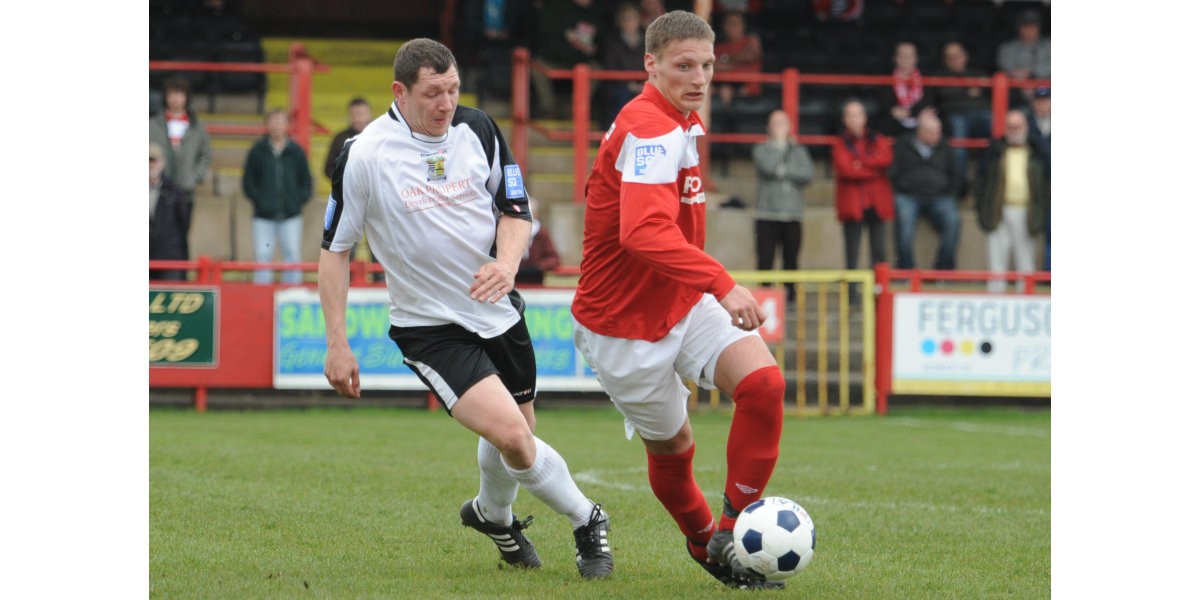 A look through the archives to see what was happening to Reds on the 31 March in previous years…………..

Plenty of goals scored in our North Eastern League matches played on this day and not all of them in Reds favour I’m afraid.

We travelled to South Shields Reserves back in 1923 and finished on the wrong end of a 5-3 score line.  Workington hosted Shields Reserves on the same day five years later and it was our turn to celebrate thanks to a 3-1 victory.

A good away win at West Stanley in 1934 saw Reds triumph 4-1 with Andy Lincoln amongst the scorers.  He would eventually bag 51 goals for the season, 45 of which were in the NEL.

Willie Harkness, later to become President of the Scottish Football Association, played and scored for Reds in 1951 in a thrilling 4-4 draw at Stockton.

There was a straightforward victory over Rochdale in 1961 with Bobby Dixon (2) and Peter Harburn sharing our goals in a 3-0 success.  But the quirky bit about the match was the attendance of 2,871 which, for many years, was the club’s telephone number!

Brian Doyle’s side enjoyed a decent home record during the 70-71 campaign and Reds came out on top on this particular day, overcoming Peterborough United 2-1 at Borough Park.  Tommy Spratt, who would finish top scorer, was on target along with Ken Wookey.

Goalless draws were popular during the 71-72 season and the one v. Southport at Borough Park was the twelfth overall and the seventh on home soil.

The boys also overcame Rochdale in 1975 thanks to Martin Harris’ first Borough Park goal and the umpteenth from Tony Geidmintis.

Reds have enjoyed good results on the last day of March during the non-league era winning eight of thirteen league matches played.

We were two goals down at half time during our 1981 visit to Morecambe but Barry Diamond, John Smith and Graham Gill all scored after the break to wrap-up a fine comeback, completing a league double in the process.

There were also away wins recorded in 1986 at South Liverpool thanks to a Gary Messenger goal, in 1990 at Farsley Celtic with Jackie Hather scoring the only goal of the game and in 2007 at Vauxhall Motors.

A young Gari Rowntree made his debut at Vauxhall thirteen years ago and helped Reds to a first-ever win at Rivacre Park thanks to goals from Steve Birks and Joe Kendrick.

Our other Conference encounters at that time saw us inflict a 3-2 defeat upon Fleetwood Town at Workington in 2009, with Gareth Arnison (2) and Jonny Wright on target for us and Peter Crouch’s brother-in-law, Sean Clancy, netting one for Town.

Jordan Connerton (pictured in action) scored on his home debut for Reds in 2012 and that helped us to a point in a1-1 draw v. Solihull Moors.

Back to the Northern Premier League, 2015 in fact, when we produced one of our best performances of the season to get the better of Ilkeston, 2-0.  Arnison was again on target and so too was player-manager, Gavin Skelton, a fine twenty yarder, and all that after Jonny Jamieson (inset) had saved Rob Duffy’s first-half penalty.

Forty years ago we drafted in a fifteen-year-old Italian goalkeeper, Roger Canigiani, for a game at Mossley and what a tough baptism it proved to be for the youngster, whose English was limited.  Big Leo Skeete helped himself to four goals as we crumbled to a 5-1 defeat at Seel Park with Barry Donaghy netting our consolation goal.

We hosted Winsford United in town back in 1993 – the League Cup semi-final, no less.  But the visitors won the first leg tie 1-0 (and would eventually beat us 2-0 on aggregate) to prevent us reaching the final.  A good response at the turnstiles, though, with 821 in attendance.