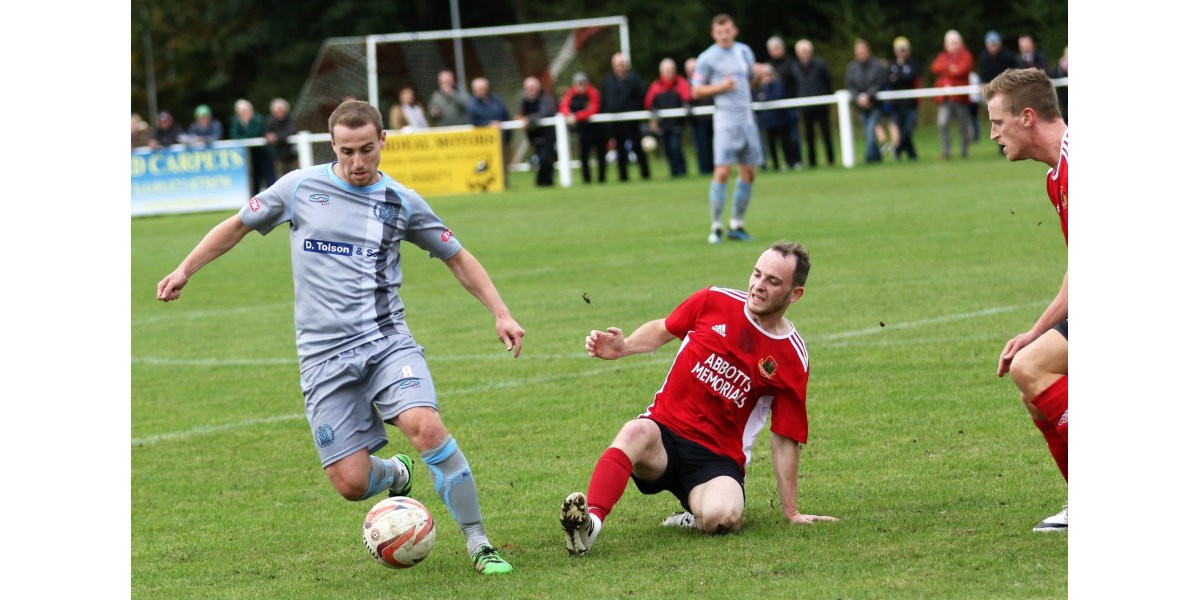 Decorating, cleaning and shopping for various members of the family is the new norm for Brad Hubbold which is a bit different to helping keep the Reds’ midfield ticking over or coaching the game to the youngsters in the Furness area.

Like everyone else in the country, Brad’s lifestyle is a bit different now to what it was a few weeks ago.

“I have adapted with ease and coping with life at the moment but let’s see in a couple of weeks after seeing the ‘other-half’ everyday!

“She has had me decorating, gutting the house, deep cleaning and other horrendous chores (the joys) as well as shopping for the family.”

Brad’s job with Barrow AFC takes him into the schools so the past few weeks has been far from ideal with COVID-19 impacting greatly on that as well as everything else.  He has been helping in a local school in different roles, though.

Fitness levels are being maintained in his multi-gym at home as well as running ‘around the houses.’

“I’ve actually enjoyed my running, which is a first, so I’m aiming to come back fitter when we eventually get back to normality.”

Brad was enjoying a good season after a frustrating first campaign with the club last term.  In the relegation campaign he was starved of regular game time, making 17 starts plus a further 20 appearances as a substitute, scoring just the one goal.

He has been very much an influential presence this season (32 starts and 10 substitute appearances) not to mention a handful of cracking goals.

There was a hint of what was to come with that sublime goal at Radcliffe in pre-season and it was bettered with that wonderful ‘goal-of-the-season’ contender at Leek Town in the Trophy.

Like most of the team, he singled out Conor Tinnion’s display at Tadcaster three weeks ago as the best individual performance of the season.

“His tackle on their centre forward was even better than the two great goals he scored and I’ll never know how he caught him.

“Since the defeat at Ramsbottom, we have responded well and ramped it up, beating teams with and without the ball.  That was our worst performance and the least said about that, the better.”

He enjoyed the away day at Kendal – “the fans were class” – apart from travelling companion Brad Carroll’s hat-trick!

On the dressing room banter, Brad admits that he and Clarky (Matty Clarke) get the brunt of it from tormentors in chief, Dav (Symington), and his apprentice, Jim (Atkinson).

“Being top of the league and on course to win my first title was brilliant so to have that taken away from us is a travesty,” concluded Brad.