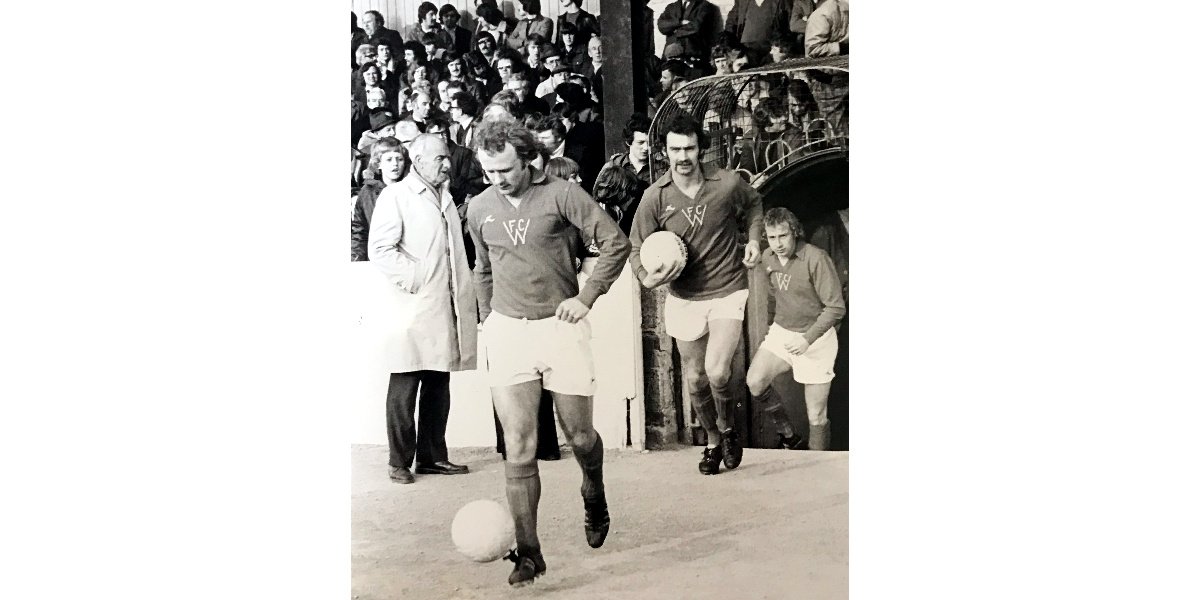 Play-off joy, Cup Final heartache, a sad farewell to the Football League and a visit from a famous ex. manager have all contributed to our adventures on the 17 May in previous years – the usual roller-coaster of emotional highs and depressing lows…….

Fifteen years ago, Borough Park was a great place to be when a fantastic season ended in wonderful scenes after Tommy Cassidy (inset) oversaw Reds’ promotion to Conference North.  They did it the hard way, of course, putting the supporters through 120 nerve-racking, goalless minutes against Farsley Celtic before winning the NPL Premier Division play-off final after a dramatic penalty shoot-out, 6-5.

During the regular season, Reds had won in Yorkshire and Celtic got revenge by winning in Cumbria so this was the decider in terms of obtaining the second promotion place.

After both sides squandered what few chances which came their way, it boiled down to penalties with the shoot-out taking place at the Town End of the ground.

The majority of the 1,725 crowd were singing and dancing and the party went on long into the night.

So glory against one Celtic but despair against another when, in 1979, we crashed 3-1 to the Cleator Moor version in the Cumberland Cup Final at the Falcon Ground, Egremont.

An estimated 1,300 crowd, saw Reds establish an interval lead thanks to Keith Armstrong’s well taken penalty but it was all square soon after the restart when Andy Lithgow equalised.

The ‘green and whites’ then took control and a scrappy, close range goal from Walter Hailes put them ahead for the first time.  They wrapped up a fully deserved victory when Tex Carson scored a well taken third to ensure Celtic’s first success in the cup for twenty six years.

Three of the Reds team who played in that disappointing final – Leng, Ian Johnston and Neil McDonald – were involved in another sad occasion two years earlier when they played in Workington’s final Football League game at Newport County.

Over 8,000 fans packed in to Somerton Park to see County complete a four-day league double over Reds in what proved to be our 1,194th, and last, game in the Football League.

Chris Kisby captained the side in South Wales and is pictured leading the team out (top picture) on that very sad Tuesday evening.

Shrewsbury Town, one of those teams we never managed to record a win against, were our opponents in the last home game of the 1966-67 season yet already relegated Reds put on a decent performance in a 3-2 defeat.

George McLean and Clive Middlemass (inset) were the Reds scorers that night but Shrewsbury claimed the points with goals from Harris, Boardman and Brodie.

Watching from the directors’ box were two former Workington managers from the fifties – the great Bill Shankly and Norman Low.