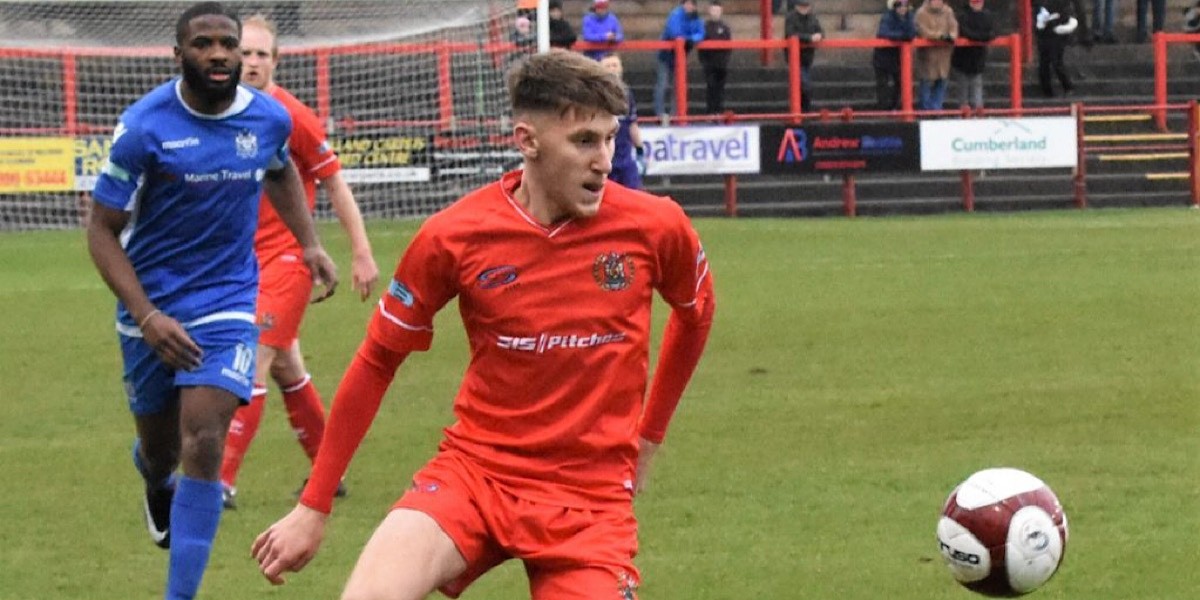 We are delighted to announce that young defender Matty Clarke has signed a new contract which will see him remain at Borough Park for the upcoming season.

Clarke, 20, impressed by taking the right-back by storm last season, having arrived from Bradford Park Avenue in August.

Speaking over the phone, popular character Clarke said: “I’m delighted to have re-signed for next season and can’t wait to get going again when we can.

“The end of this season was very hard to take and we all want to come back even stronger next season to fight for promotion again,” he stated.

“The group of players, committee, and fans were first-class throughout the season which made my decision to stay far easier.

“As soon as I spoke to Danny about next season and his plans, it was a no-brainer for me to continue developing with a very good manager and club.

“I’m forward to seeing everyone back down at Borough Park in the hopefully near future.”

Despite not knowing exactly when the 2020-21 term will get underway, manager Danny Grainger and assistant Steven Rudd have been working on recruitment to build on the last campaign’s table-topping effort.

Keep an eye on our social media pages over the coming weeks to hear the latest squad updates.