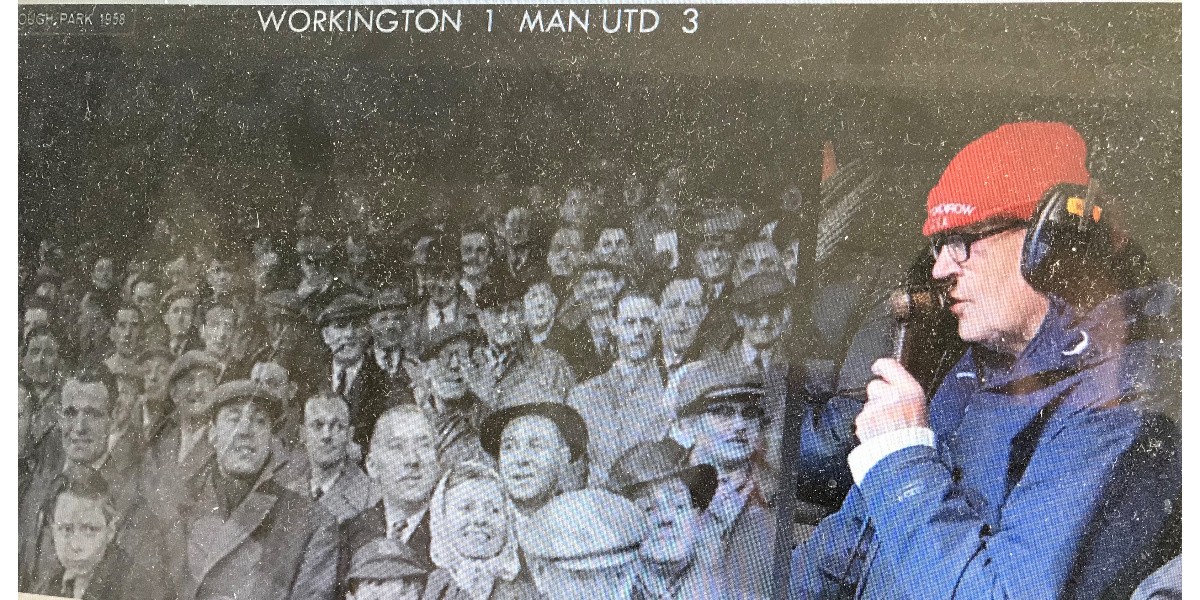 The recreation of the biggest game in our long, proud history has been hailed as a success with the entertainment well received by football supporters far and wide and club coffers given a welcome financial boost in the process.

The ‘live-streaming’ of our 1958 home clash against Manchester United in the Third Round of the FA Cup a fortnight ago was one of the most innovative fund raisers ever undertaken by the club.

And the effort has been rewarded with gate receipts that almost trebled the takings from the actual match sixty-two years ago.

Chairman Les Byers, who masterminded the project, said, “We have decided that the donation will go to a local NHS charity, rather than going into the national pot although we have yet to decide which local cause will benefit.”