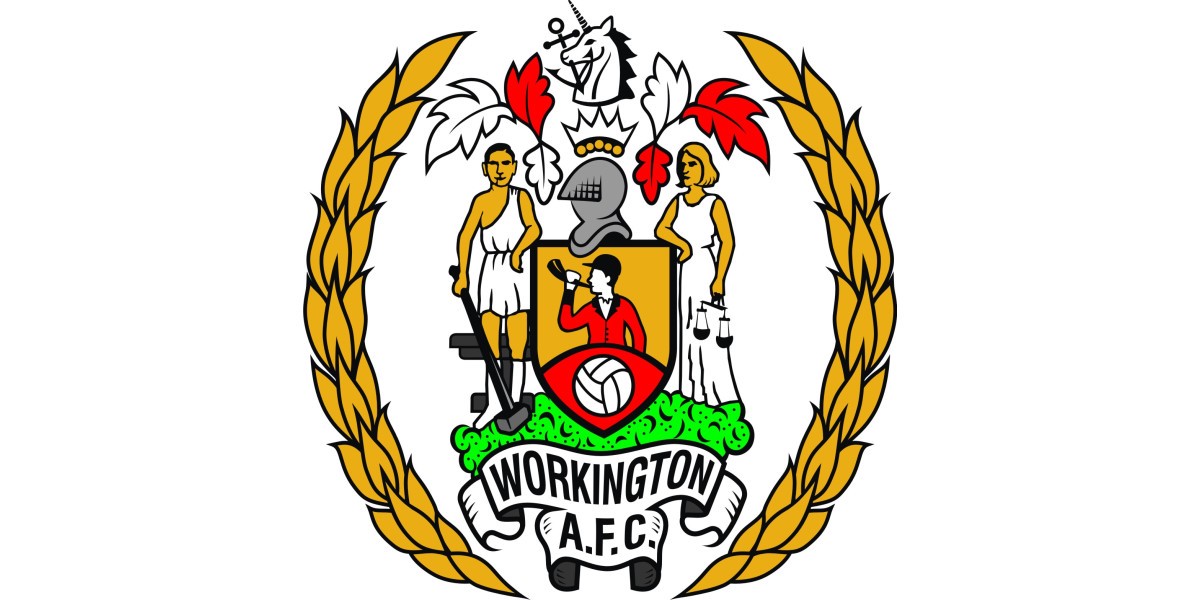 Notwithstanding the odd hiccup, the new season was to prove to be highly successful for the Reds, as they once again cemented their place as the most successful club in the County.

The season opened without another of ‘the originals’, a player who had been with the club since the beginning. A (Arthur) Guirdham was first shown in a Workington line-up, as a goalkeeper, in a match against Distington on the 28th March 1885. The following season he moved to full-back, but throughout his Reds career he occupied every position in the team, including further appearances as an emergency keeper. He played in the first County Cup Final and went on to play in every one of Workington’s cup finals between 1886 and 1892, scoring in two of them. He was made captain for the 1889/90 season, and, apart from the odd injury absence, he was virtually ever present in the Reds’ 1st X1 for almost ten years, scoring many goals, and gaining numerous representative honours for the County along the way. His appearances became limited at the beginning of 1894/95, but he did return to his roots by making a number of appearances in goal when regular keeper Tom Brown was injured.

By now, only Harpwood and Kaye from the team that launched Workington in 1884 were still making the occasional appearance for the club.

In December the club lost another virtual fixture in the side, when it was announced that goalkeeper Tom Brown was emigrating to South Africa. Tom first appeared for the club at the beginning of the 1888/89 season, and quickly established himself as being invaluable. Numerous match reports highlighted his performances, and he was praised as ‘without any doubt or argument Brown is the finest exponent of the goal minding art in the whole of the county, and quite possibly beyond these borders’. His was also the first name on the team sheet for Cumberland representative teams. He returned to this country at the outbreak of the Second Boer War, and was to strangely make one further appearance for the Reds, in an FA Cup match, some five years after leaving! More of that in a future chapter.

Workington acted quickly, and secured Bill McGuirk as Brown’s replacement. He was to prove to be an excellent signing.

The Reds opened their season, with Harry Landells as captain, on the 7th September with a home league match against Imperial Rovers, and got off to a winning start by beating their local rivals 2-1. The Senior League again consisted of eight teams, but with Maryport and Distington taking the place of Wigton Harriers and Cockermouth Crusaders.

The following week Workington, as reigning league champions, played in a ‘Champions versus the Rest of the League’ match at Ashfield, losing 3-1. The Reds team was listed as:
Kaye: Bell, Claridge, Dawson, Duffy, Landells, Lindsay, McAdam, Murray, Swift and Waite.

In the absence of Tom Brown, club stalwart Kaye was pressed into service in goal, and the Reds goal was apparently scored by McAdam. However, as this would be the only ever appearance for the club by a player of that name, I believe this to be one of the many naming errors printed at that time, and the player in question was in fact a regular player called Madden.

The next league match saw Reds drop a point in a 1-1 draw at Moss Bay, before both Maryport and Keswick were crushed, 8-0, in consecutive home matches.

Having received the by now customary bye in the FA Cup First Qualifying Round when Halliwell Rovers withdrew, Workington had to travel to Rossendale in the next round. Sadly, they couldn’t repeat the previous season’s heroics as, despite a goal from Claridge, they were well beaten 4-1.

The following week, 9th November, Workington had a home league match against the Black Diamonds, the team who had knocked them out of two cup competitions the previous season. There is no doubt that, at that time, Black Diamonds were a good side, and Workington may have had a hangover from being knocked out of the cup. Workington were also reduced to ten men when Swift was sent off. However, it still came as a shock when the Diamonds comfortably beat the Reds 4-1. Workington only dropped four league points all season, and three of them were to the Black Diamonds!

Losing 4-1 twice on the trot is never good. However, these two defeats were the only blots in what became a tremendous, and very successful, season. In Workington’s final nine league games only one further point was dropped (in a 4-4 draw at Black Diamonds, where Reds again had a man, Ross, sent off), and the forwards, Landells and Claridge in particular, terrorised their opponents by rattling in no fewer than forty-five goals. This run included putting no less than seventeen goals past Distington, without reply, in two matches.

The County Cup, still seen as the county’s premier trophy, started in early February, and the Reds received an away tie with the aforementioned Distington in the First Round. Perhaps taking pity on their opponents, Workington went through by winning just 3-0.

Keswick, who had also suffered two heavy league defeats to the Reds earlier in the season, were brushed aside 6-0 in the second round.

The semi-final draw saw Workington paired once again with the dreaded Black Diamonds. There was no doubt going to be an edge to the match, what with the history between the clubs, and Workington having had men sent off in both league fixtures, and so it proved. The match took place on the Moss Bay ground on the 14th March in front of a large crowd. Workington managed to keep eleven men on the pitch this time, despite ‘both sides at times seemingly more interested in kicking a man than propelling the sphere!’, and goals from Harry Landells and Ross saw them triumph by the odd goal in three.

The Reds had therefore reached their first County Cup Final since 1892, and were to face Carlisle City, who they had already beaten twice in the league, on the 28th March. Strangely, the venue chosen for the final was the Carlisle Rugby Ground on Warwick Road! The match attracted a very large crowd, and was, according to the press ‘very keenly fought.’ Workington took the lead through a Dawson penalty, but a late Carlisle equaliser meant that a reply was required. Ironically, the Carlisle equaliser was ‘scored’ by ex-Reds player ‘Hothy’ Brown, although the word ‘scored’ is actually a bit of a misnomer. Workington goalkeeper McGuirk caught the ball and was still holding it when ‘Hothy’ simply charged him and knocked him over the goal-line. As were the rules at this time, if the keeper didn’t chuck the ball away as soon as he got, and was daft enough to hang onto it, he was fair-game!

The replay was held three weeks later, and took place on the Westfield Avenue ground in Workington in front of an estimated 3,000 spectators. Described as being the better team throughout, goals from Claridge and Jones (although some sources give Jones’s goal as an own goal) saw Workington win 2-0. Landells, after losing in cup finals with both Distington and Frizington Rovers, had at last got his hands on a winner’s medal.

The week before the cup final replay Workington had played Imperial Rovers in the semi-final of the Town Championship, the match taking place on Moss Bay’s ground. The Reds won at a canter, with a Claridge hat-trick helping them to a 7-1 win, to set up a meeting with Moss Bay Exchange in the final.

The final took place at Workington’s Ashfield ground on the 25th April, and goals from star men Claridge and Landells gave the Reds both a 2-0 win, and a clean sweep of winning the League, County Cup and Town Championship.

Two days after winning their third trophy of the season, Workington, as Town Championship winners, finished the season by playing ‘The Rest of the Championship’ on Imperial Rovers’ ground. This was probably a game too far, and a makeshift Reds team (which included a Workington and Cumberland County Rugby player!) lost 5-1.

So, the season ended with Workington once more at the top of the tree in Cumberland. They had played twenty-two competitive matches during the season, losing just twice, and with only one of those defeats coming against another team from the county. They had scored eighty-nine goals and conceded just twenty-two. Claridge ended the season as top scorer, accounting for a quarter of the Reds goals.

One player who had broken into the Workington first team during the season was nineteen-year-old John Robert Fisher. An ironworker by trade, Fisher was introduced at half-back, making his league debut in November, and scoring his first goal in a 4-0 win against Carlisle City in December. Sadly, his life was to be tragically cut short, within a year, in what became the worst incident in the history of Workington Football Club.