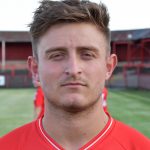 Workington born but launched his career with Carlisle United where he spent three seasons in the first team.

His first goal in senior football was against Ipswich Town in a League Cup tie and he later scored Carlisle United’s ‘goal of the season’ during his time at Brunton Park.

Joined Workington on loan during the 2014-15 season, but was injured on his debut then subsequently signed for Barrow.  Re-signed in 2016 and finished his first season as top scorer which included his first senior hat-trick against Mickleover Sports.

Was amongst the goals in pre-season. 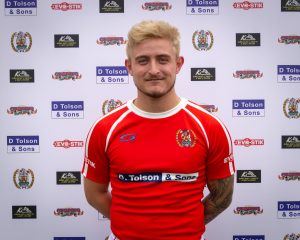